Why is Poker a legal sport in Brazil?

Poker has become a phenomenon worldwide, with over a hundred years of history and popularity boosted by traditional physical casinos. Today we can say that this is the most popular card game in the world, creating a market that moves billions in championships and online games.

But, precisely because it is one of the original games that was introduced in the first physical casinos in North America, it is still frowned upon by many as a game of chance that can damage the lives of those who play it. However, many also believe that poker is no longer a game and has moved on to the level of a sport. Read the history of world poker here https://bollywood-slots.com/.

This is a discussion that always generates controversy in forums and social networks, especially when we know that Brazil has a completely restrictive policy against gambling. For this reason, many still have doubts about whether poker is a legal and allowed sport in Brazil, and that's what we will clarify in this article, follow to the end to understand. 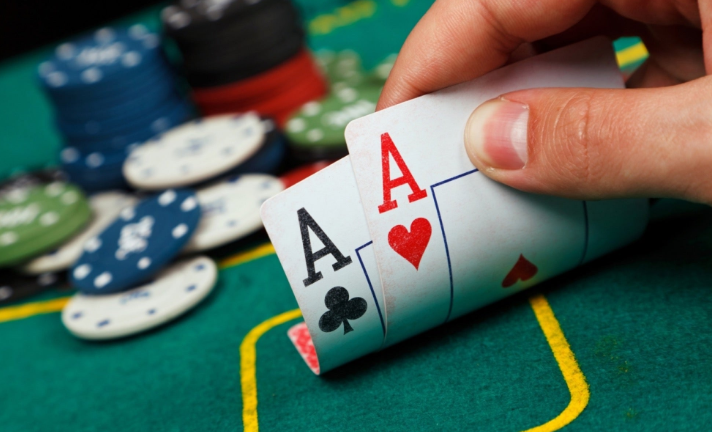 Is Poker Considered a Game of Chance in Brazil?

This is the big question mark surrounding poker in Brazil, after all, as we already know, any game of chance is completely prohibited in Brazilian territory thanks to a law passed in 1946. For several years, poker was considered a game of chance, precisely because it is a card game closely associated with traditional casinos.

However, a discussion was started to better understand if this game still fit as a game of chance, since several championships were being organized and held, forming real athletes and creating a giant market that was formed because of it.

According to the law, where gambling is considered a practice where winnings and losses depend exclusively or mainly on luck. Poker is a game in which the outcome depends a lot on the player's skills and strategy, and because of this, there is a great influence of each player on the game, which makes them have to develop as athletes and learn specific skills, so the game does not fit in as a game of chance.

Over time, poker was officially considered a sport in Brazil, even though it still does not have a specific regulation, it was framed as a common and traditional sport game and its practitioners who compete in official championships are considered poker athletes.

The History of Gambling in Brazil

Brazil has a very rich history with traditional casino games, a history that mixes love and hate. To begin with, in the early 1900's, American businessmen who visited Brazil saw the tourist potential that casinos would have in Brazilian lands and made proposals to Brazilian entrepreneurs who soon adopted the idea.

Soon, several casinos were being opened in all the main Brazilian capitals, creating a market that moved a lot of money, attracted tourists, and employed thousands of people. The biggest casino in Brazil was in the Copacabana Palace and was the stage for great artists to perform, both national and international.

However, in 1946, with the change of government, the new president Eurico Gaspar Dutra signed a law forbidding any gambling promotion or practice in the whole country. The law generated great commotion with the closing of a lucrative market, but the law was never overturned and is still in effect today. Only in the last 8 years was it possible to make the sport really allowed in Brazil, with the organization of official championships in the national territory. Since the Ministry of Sports itself recognized poker as an official sport, also regulates a Brazilian regulatory entity, the CBTH - Brazilian Confederation of Texas Hold'em. Your cart is empty Continue Shopping